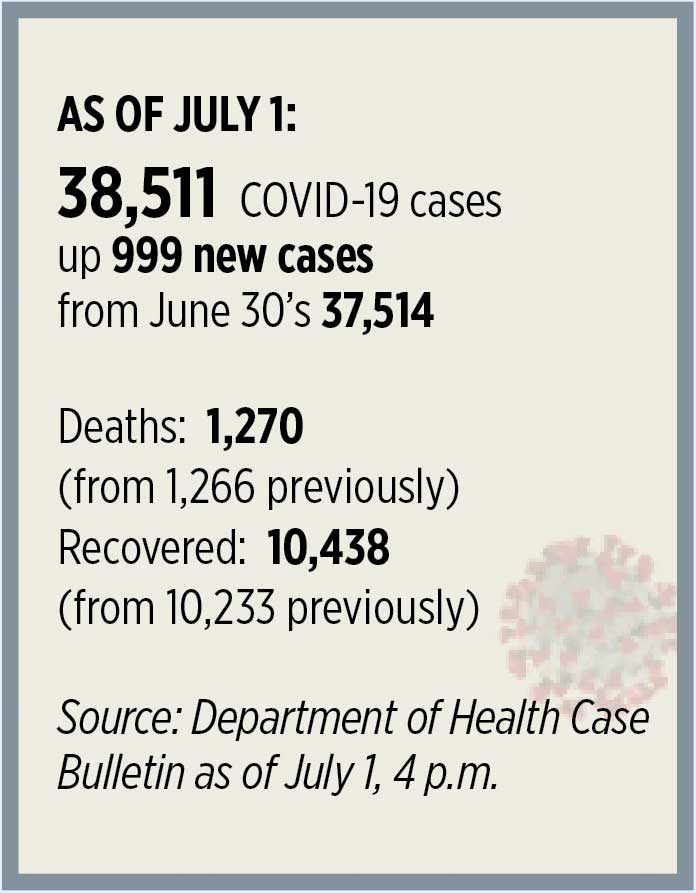 MEMBERS OF the Moro Islamic Liberation Front (MILF) who are part of families involved in a clan dispute have been warned against renewed violence after a peace pact was signed over the weekend. Executive Secretary Abdulraof Macacua of the Bangsamoro government, in a statement on Monday, said MILF members who will violate the treaty will be removed from the organization that now holds a leadership role in the new autonomous region. The clan dispute, referred to as rido, involved the Sindatok and Tundok families in the town of Datu Saudi Ampatuan in Maguindanao. The peace settlement was mediated by the Bangsamoro government, Maguindanao provincial government, Ad Hoc Joint Action Group, Coordinating Committee on the Cessation of Hostilities, military, police, religious leaders, and other peace monitoring groups in the Bangsamoro Autonomous Region in Muslim Mindanao (BARMM). “We are thankful for both parties for agreeing to settle their understanding. This also benefits the civilians who always are the victims of violence due to armed conflict,” said Mr. Macacua, also the chief of staff of MILF’s armed forces known as the Bangsamoro Islamic Armed Forces (BIAF). Under the normalization process that is part of the MILF’s peace deal with the national government, about 30% of the BIAF’s 40,000 members were targeted for decommissioning by March this year.

CONFLICT MONITORING
Peacebuilding group International Alert Philippines, in its April-May 2020 report on critical events in the region released last week, noted intensified violence over land disputes amid the lockdown prompted by the coronavirus crisis. These conflicts included those involving families with MILF members. International Alert Country Manager Nikki de la Rosa, in a statement released with the report, said while these “flashpoints are tied to land issues,” links to “State apparatus” worsen the violence. “They have access to resources and have political connections, that is why they are able to engage in long-term violence,” she said. Ms. Dela Rosa said it is crucial for the BARMM government to address these ridos during the transition period until 2022. “The next 18 months will be critical in the Bangsamoro because it can motivate warring groups to arrive into a political settlement to end longstanding conflict or provoke more community-level violence magnified by the loss of livelihood on the one hand and a scramble for resources for the 2022 national elections on the other,” she said. — MSJ

Guidelines for traditional jeepneys out this week; EDSA Busway opens

GUIDELINES for the resumption of operations of traditional jeepneys are now being finalized and targeted for release before the end of this week, the transport regulator said on Wednesday. “The Land Transportation Franchising and Regulatory Board is still finalizing the memorandum circular for traditional jeepneys,” the agency said in a statement. The Department of Transportation (DoTr) has said traditional jeepneys may be allowed to operate again this week “when there is a lack in supply of buses, modern public utility vehicles and UV express, and provided that they comply with road worthiness standards, as well as health, safety, sanitation, and security protocols.” Meanwhile, the interim operations of the EDSA Busway, spanning from Monumento to the Parañaque Integrated Terminal Exchange, started on Wednesday. The busway system involves the use of designated bus stops located at the inner lane of EDSA, complementing the existing Metro Rail Transit Line 3 (MRT-3). DoTr said 550 bus units were authorized to service the busway. “Bus operators committed to initially deploy 150 bus units starting today. This is in addition to the buses deployed under the existing MRT-3 Bus Augmentation Program. No fare increase shall be implemented,” it said in a statement. — Arjay L. Balinbin

Halloween bling for that Zoom party