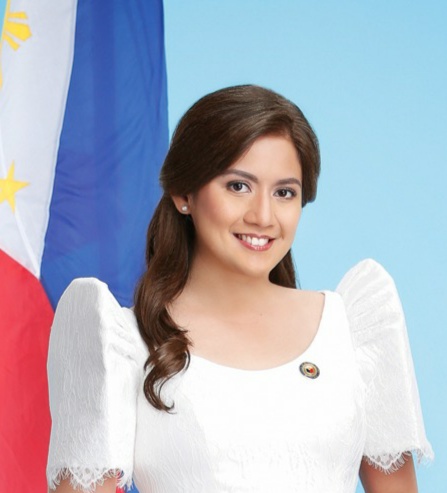 Deputy Majority Leader and Las Piñas Lone District Rep. Camille Villar today called on the government to provide more funding to help small businesses as they grapple with the pandemic.

In a televised interview, Villar stressed the importance of supporting micro, small and medium enterprises (MSMEs) as they are considered the lifeblood of the domestic economy.

“We hope that more funding is given to MSMEs especially because they do comprise about 99.6% of all the businesses here and they provide 70% of jobs in the Philippine workforce. So it’s very important that we give them all the support that they need,” said Villar.

The Small Business Corp. (SB Corp.), the financing arm of the Department of Trade and Industry, had announced it was opening a loan program for MSMEs to help them recover. Under the P1-billion facility, enterprises with asset size not exceeding P3 million may borrow between P10,000 and P200,000 while those with assets not bigger than P10 million may borrow up to P500,000.

Initially, SB Corp. was to impose a 0.5% interest per month, but later scrapped the interest and would only charge 6% service fee. MSMEs that availed of the loan also have a six-month grace period before they can pay the loan for up to 30 months.

It was reported, however, that SB Corp. stopped accepting new loan applications last week as the fund was not enough to cover small businesses still reeling from the effects of lockdowns and movement restrictions imposed more than three months ago.

Villar, who also sits as vice-chair of the House committee on MSME development, said “one of the things that we noticed is that P1 billion is really not enough” to help a big chunk of MSMEs hurt by the pandemic since many of them are still clamoring for some form of relief. She added information dissemination is key to address MSMEs’ concerns.

“One of the reasons why it’s very important to discuss the plight of MSMEs is because now you have different sectors really in need of help during this pandemic. Sometimes we overlook MSMEs and the needs of our MSMEs and we focus on the other sectors,” Villar added.

To address funding concerns, the House of Representatives, for one, had passed last June 4 the proposed Accelerated Recovery and Investments Stimulus for the Economy (ARISE) Bill to boost economic recovery. Under the measure, P50 billion will be allocated to SB Corp. for existing loans programs for MSMEs for this year and another P25 billion next year while the Philippine Guarantee Corp. will get P20 billion this year and another P20 billion in 2021.

“This (ARISE Bill) would have addressed the additional funding for SB Corp. and other government financial institutions like Landbank, Philippine Guarantee Corp. which have programs to help MSMEs. We’re hoping to pass this in August to give help and support to our MSMEs,” Villar said, but conceded that it may be difficult to pass the measure since the government may not be able to fully finance a total of P1.3 trillion in recovery programs under the measure.

China has a new richest Person, with Jack Ma dethroned

IMF official warns coronavirus will weigh on some economies for years